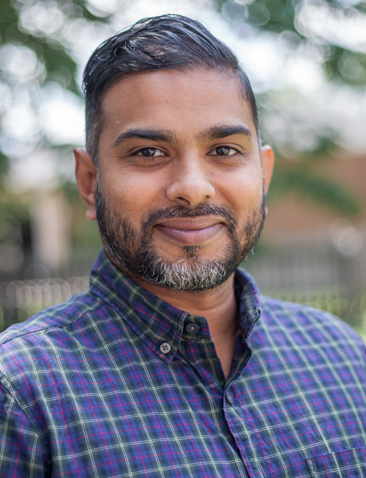 Dr. AJ. Saravanamuthu or “Dr. AJ.” graduated from the University of Waterloo with a Bachelor of Applied Science (Hon.), in Kinesiology and Sports Science in 2007.  He completed his Master of Optometry specializing in Sports Vision in 2014 at Aston University in the United Kingdom. He has experience under Ophthalmology tutelage through clerkships with the Hospital Eye Services in Norwich & Norfolk University Hospital in England (2014) and at Great Lakes Eye Centre in Brantford, Ontario (2017). In 2019, Dr. AJ. became a member of the International Sports Vision Association.

In the past, Dr. AJ. has been employed as a Kinesiologist at CARE Physiotherapy in Scarborough (2007-2009) and as an Ergonomic Assessor at Better Body Fitness Rehabilitation & Wellness Center (2008-2009).

An avid sports enthusiast, Dr. AJ. was an Athletic Therapist for the University of Waterloo Men’s Basketball team (2002-2005) and has been an Athletic Trainer at Point Guard College since 2004. Currently, he is developing NeuroSport Training regimes for elite athletes of different sports.

He is also fluent in the French language.

Return to Our Practice >